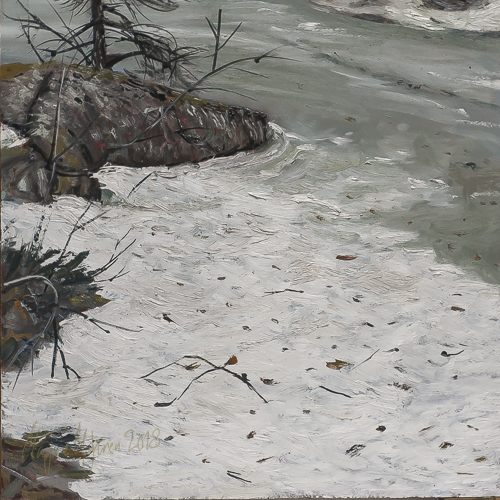 It was a rather difficult task to paint this Friday. Wind of seven to eight m/s swept over the icy landscape and hit me where I sat, directly in my face. I struggled to keep the tripod upright, and I had to use my legs to hold it in place. It would have been optional to have the arms of an octopus. 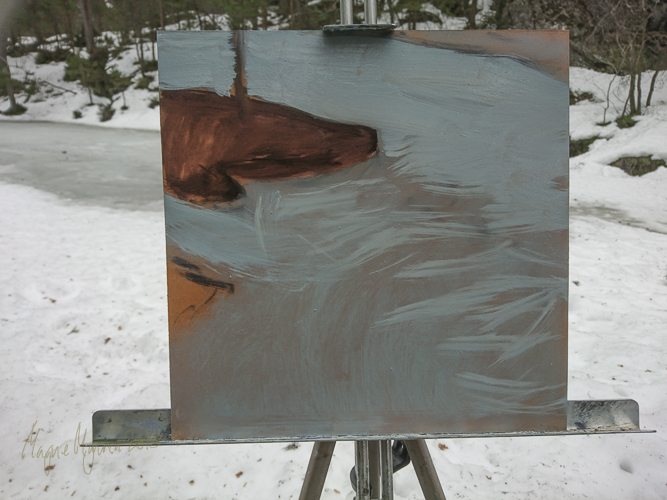 I began  putting on a fairly dry glaze of Burnt Umber, Ultamarine and white. This was ment to be picked up on the next layers to unify the colours. It was also a good foundation for the greenish melting ice.

The rotten snow in the foreground were my main interest. The first layer coloured the nearly white impasto strokes that were put on top. I tried to make an interesting structure to suggest the structure of the snow.

For the whole painting I only added Yellow Ocher for the greens, and some hints of Yellow and Iron Oxide which were already on the palette from a week earlier. 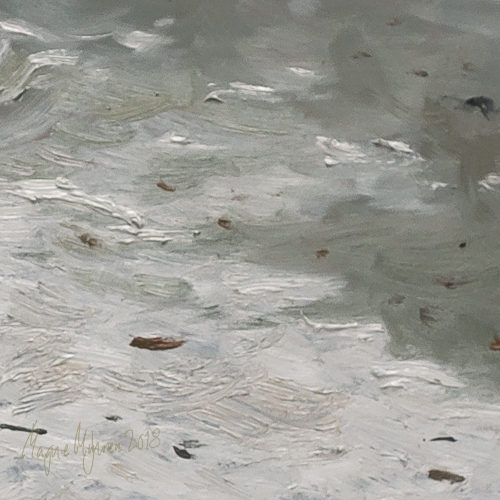 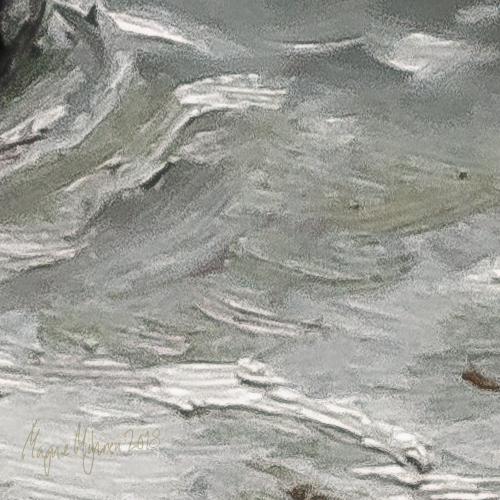