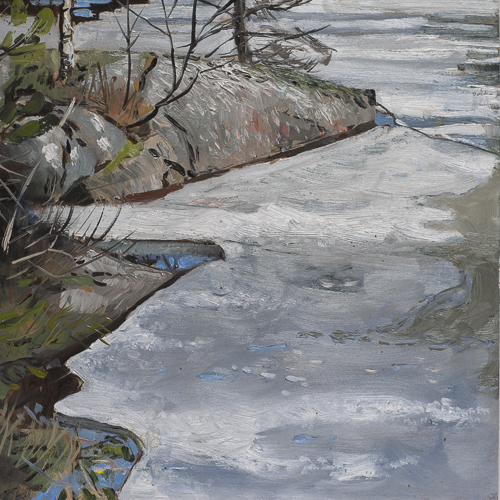 Most probably the last painting of snow or ice this season. Springtime! Seventeen out of forty paintings have got a frosty -, snowy – or icy theme. This is very unusual. The winters the last years have been short here in the southern part of Norway. When the first snow arrived in early winter I thought I had to capture it quickly as it might be just a few snowy days. I think that this is a big pluss for the project than an overall green one.

This has been a very special day. Painting snow, or at least ice, in twenty degrees centigrade. Odd!

I thought this day that there would be snow in the trails. I also had to do the whole trip by muscle-power, so I took jet another route. 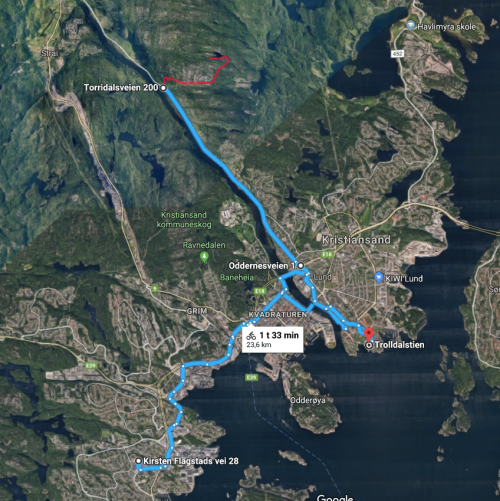 Obviously you won’t perhaps understand my Norwegian, but I put it here anyway to show the atmosphere of the walk, which took about 45 minutes. Then I know that this last route is the fastest one. 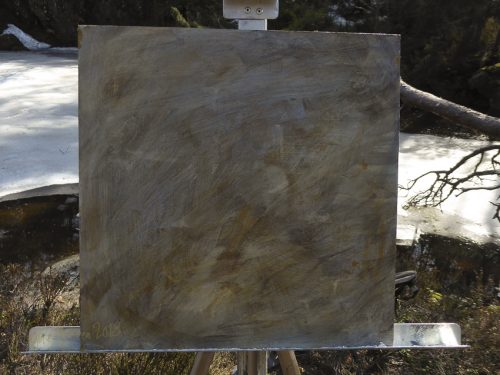 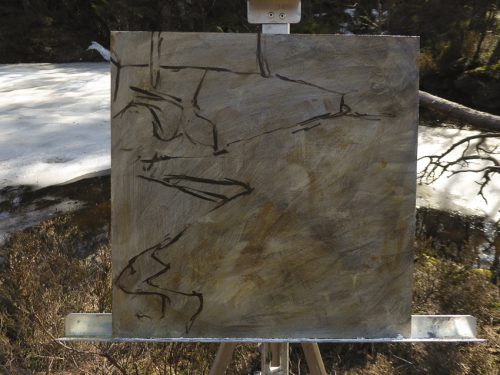 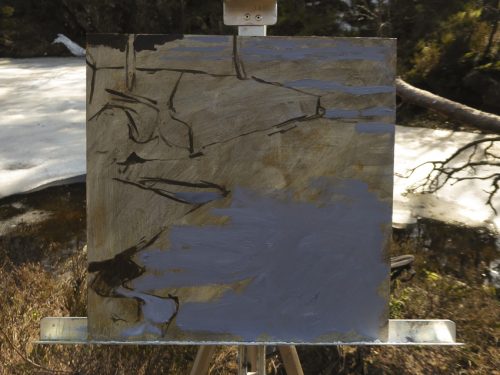 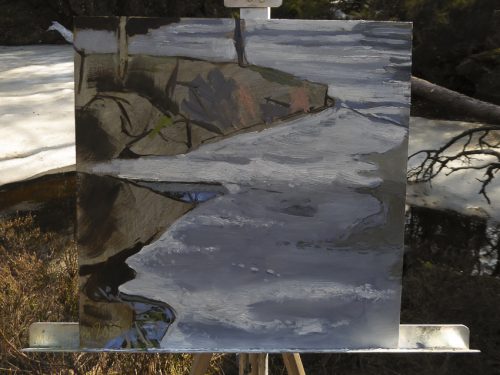 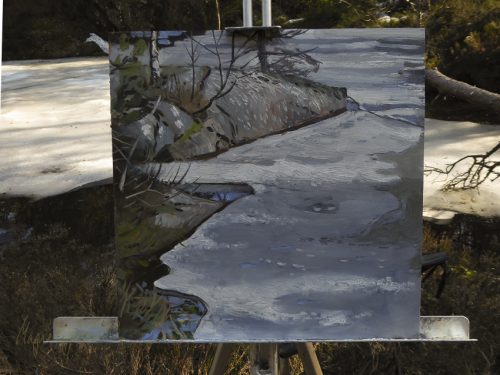 I had a bad feeling as I sat there in the end, so I made a new one. I struggled to concentrate and the palette went more and more muddy. As often I had a better feeling about it when I came back home.

I fired up a really small fire for my coffee with some small twigs. I guess I’ll do that more often in the future. It is good for me.