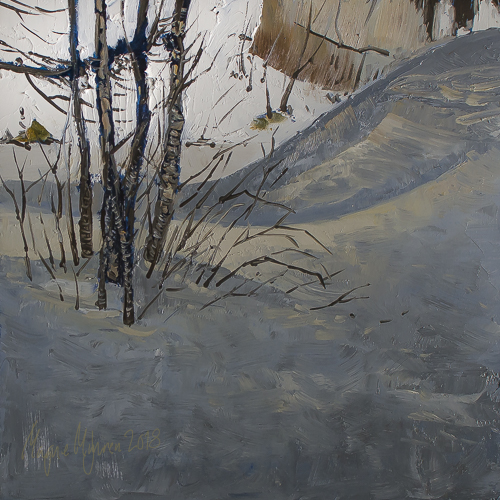 Beautiful sunny day after another heavy snowfall. It seems like this winter will last until the midst of April. I took a less challenging route on my snowshoes, so I arrived here after about an hour and ten minutes.

A bit different approach. Blue under-painting. That was perhaps not such a good idea as the blue got smeared out and coloured the newly applied wet paint. Hence I had to paint much thicker and lost the effect of the ocher warming the scene from panel. I guess it would have been nicer if the back lit had been in a warmer tone.

I tried to get the lighting sparkle by valuing the snow in the shadow down, much more so than how I actually saw it. If I at some point will get to a similar task, I will also make the stems and branches of the birches narrower just in front of the intense lighting, to suggest the power of the light-source.

Me walking and talking in deep snow… 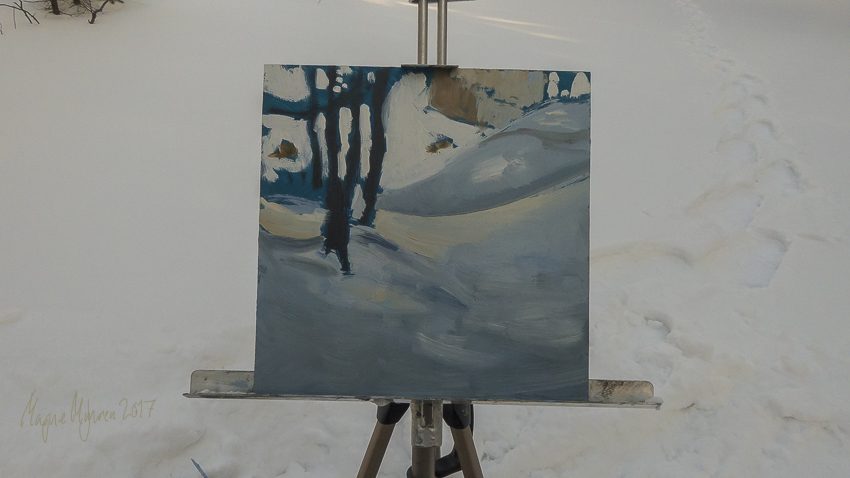 The first colour-areas are blocked in. 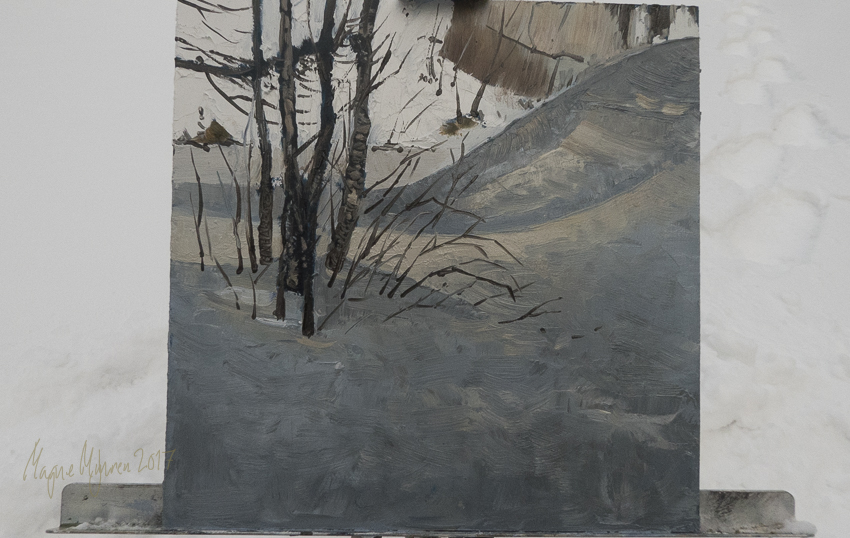 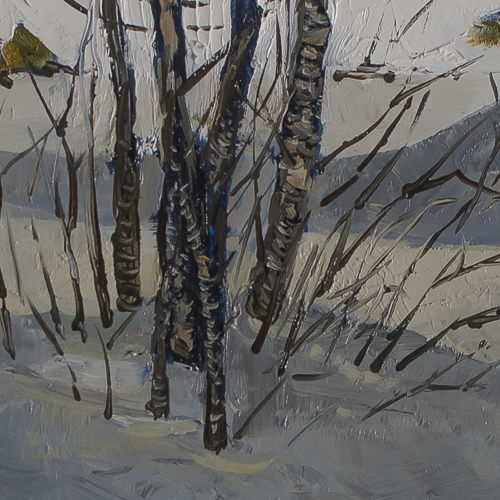 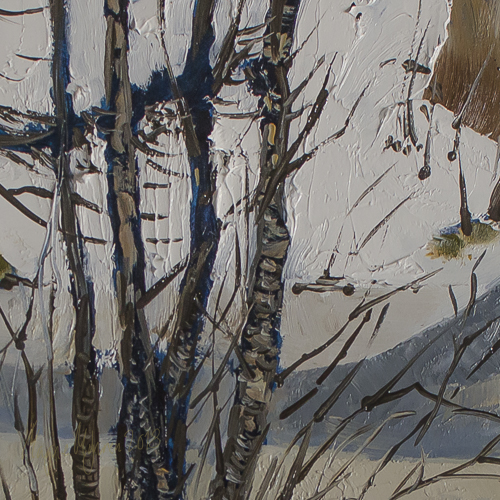