One and a half hour snowshoeing in a steep terrain.

My aim for this painting was to try to recreate the lighting in the background as I saw it. In order to do that I had to paint the snow in the foreground much darker than it appeared in front of me. The sun shone for quite short periods of time and I painted the brightest colours when the sun shone. The darker colours would be possible to see anyway, no matter the sun, so I waited with them.

The landscape was absolutely breath-taking, but I had a quite dark mind this day. I was filled with negative thinking – on social matters. 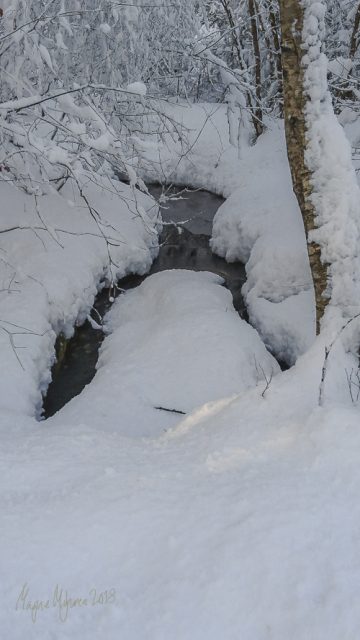 I was nearly giving up the whole thing, even after having arrived at the spot. A phone-call fixed that to some extent so I started off. I don’t believe in inspiration, but rather in hard and dedicated work.

I even forgot my camera, so the photos are shot by my cellphone. It worked quite well after been fixed in Lightroom because they were much too bluish. 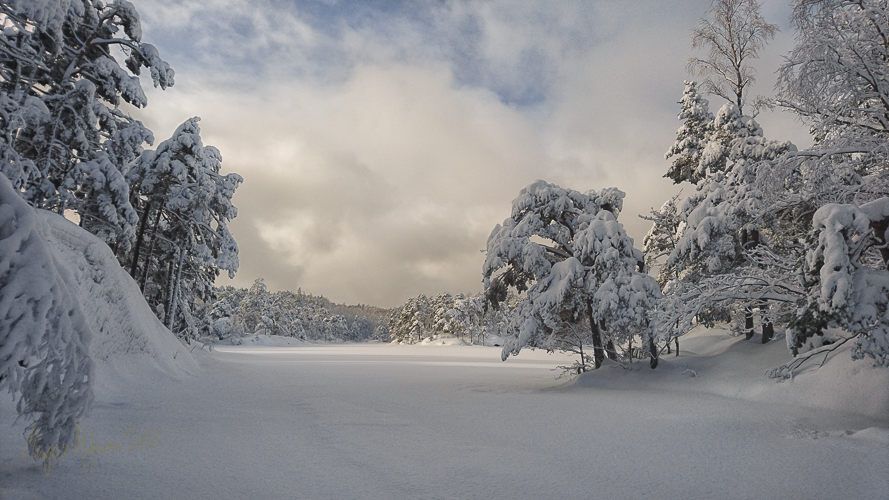 The viewpoint from where I use to arrive to the tarn. My painting-position is a bit left to the center of the photograph.

I took this photo from the painted scene after having painted it. Even after editing it in Lightroom it is not as dynamic as the painting. I Guess there might be some possibilities in combining the two in a studio-painting. The details from the photograph and the colours, composition and drama from the painting. 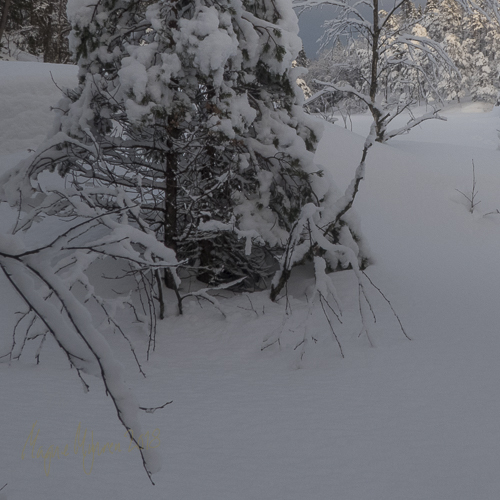