A bit more than two hours

I had a terrible feeling about the painting when it was finished. I was puzzled by the constantly changing water. Sometimes it was like a clear, flat mirror, and seconds later there were curls and ripples everywhere. A partly saw through the nearest part of the water, but it also closed my vision of the ground beneath. What should I choose to paint. It has been easier with snow and ice that didn’t move alle the time. I had to do much of the water on memory of a certain appearance. 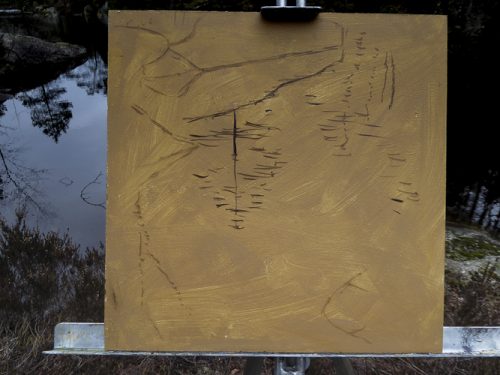 Initial drawing with the tip of a brush 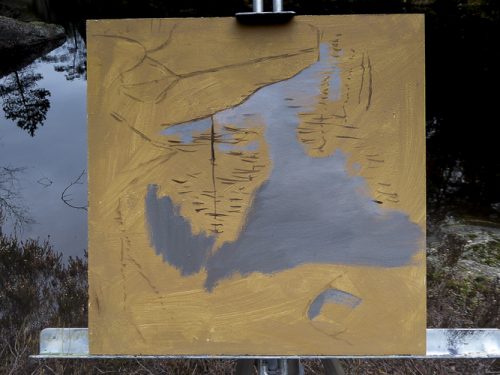 Should I, or should I not paint around the initial drawing? 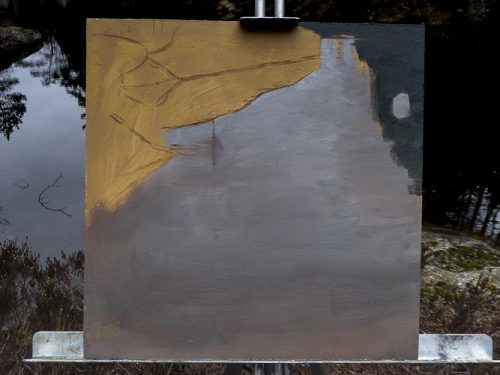 I chose to paint the whole space and try to paint on top of it later. 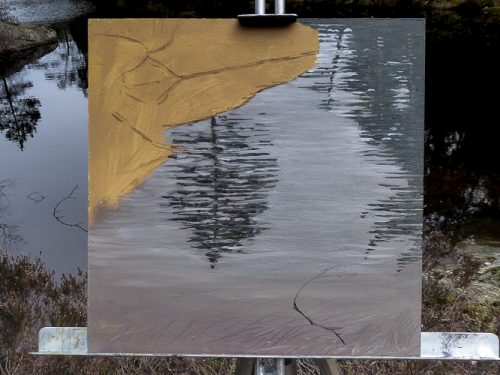 Perhaps I should have kept the water at this stage… 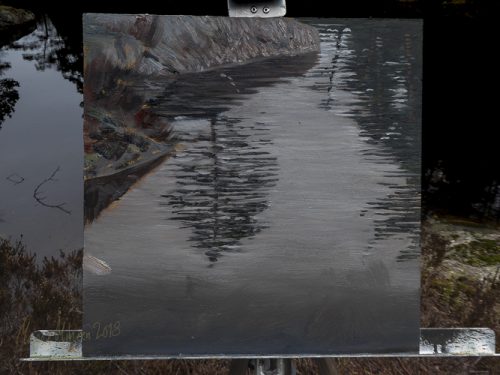 I thought I saw that the foreground was much darker, so I painted over it. 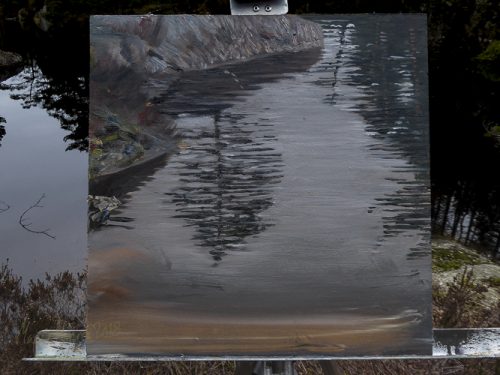 I felt I didn’t mach the colours right, so I wiped it off again with a cloth. 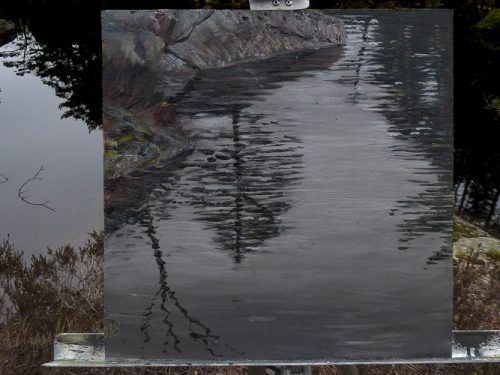 In addition I was fooled by the lighting conditions as the soft light of the sky was brighter than I understood. When I matched the value with what I saw in the scene, the painting got too dark in the end.

It’s pretty rough to show this painting off, but that’s a part of my project.